In 2010, small volcanic eruptions at Eyjafjallajökull, Iceland, meant that farmers living nearby had to be temporarily evacuated. However, as the eruptions continued, a large ash cloud emerged which brought worldwide massive disruption to air travel in Europe. Tens of thousands were left stranded in uncertainty and unable to fly. The cost to the global economy was estimated at €1,300 million. 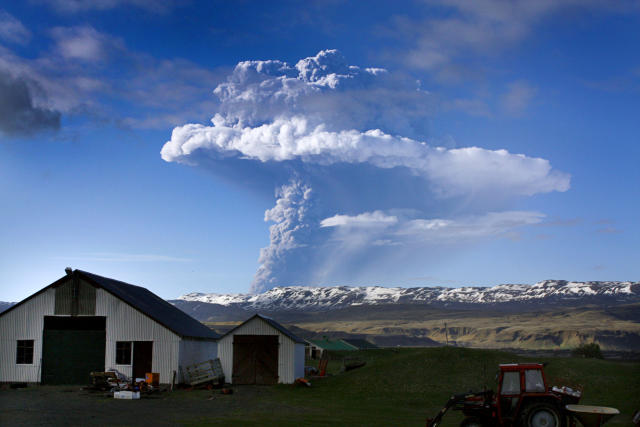 Understanding why volcanic activity in such a remote spot could be so costly and have such a massive impact involves researchers from diverse disciplines, civil authorities, aviation authorities, industry, and many more. Eyjafjallajökull revealed not only our vulnerability to natural events but also a lack of scientific coordination across frontiers, making it clear that geo-hazards can affect the environment and human welfare at not only a regional scale but also globally.

The same can also be said for other types of geo-hazards caused by earthquakes, volcanoes, landslides, and tsunami. Earth Science explores the driving forces behind such events using observational and experimental data to model how geo-hazards arise and evolve. In the case of volcanoes, this involves combining data from the volcano structure, geochemical and petrologic analyses, seismology, GNSS and satellite geodesy.

The combination of data and models from different disciplines allows researchers to track volcanic activity, giving societies at risk from eruptions an effective assessment of their potential exposure and informing about critical decisions, such as mass evacuations near volcanoes.

This is where EPOS comes in. By 2022, EPOS will be providing rapid and consolidated open access to a wide set of geophysical observations from around the Eyjafjallajökull, including earthquake catalogues and satellite data, and provide open dissemination of the latest results of ash analysis from experimental laboratories across Europe. Further examples can be provided for seismic hazard and risk illustrating the improvement of hazard maps through the availability of new data and products as well as the leverage effect of sharing research results on hazard and vulnerability.

Scientists, decision-makers and the public will have access to the latest information creating awareness and supporting national initiatives for hazard assessment and risk mitigation. Decisions will be made using the widest spectrum of available evidence, with significant implications for loss of life as well as continued functioning of critical industries and infrastructures.