Thousands of public and privately owned permanent GNSS (Global Navigation Satellite System(stations) are operating in Europe and the main challenge of the GNSS community is therefore to build a joint European GNSS data and product distribution system.

Both, national networks and those of the IAG Reference Frame Sub-Commission for Europe (EUREF), contribute with the aim to increase the number of available data at European level to generate products based on larger number of stations for the Solid Earth research community.

For the data distribution service, GNSS Data & Products focuses on data (RINEX files) that are periodically available, hours or days, after data acquisition. By connecting all data and computed products from a set of distributed repositories through an open source software named GLASS (Geodetic Linking Advanced Software System), GNSS Data & Products offers to researchers in Solid Earth science and other sciences a consistent platform to access data & products
(and associated metadata).

This unique tool is useful for everyone who needs to count on reliable data for being able to support research by accessing only one integrated system with data from many European GNSS stations. 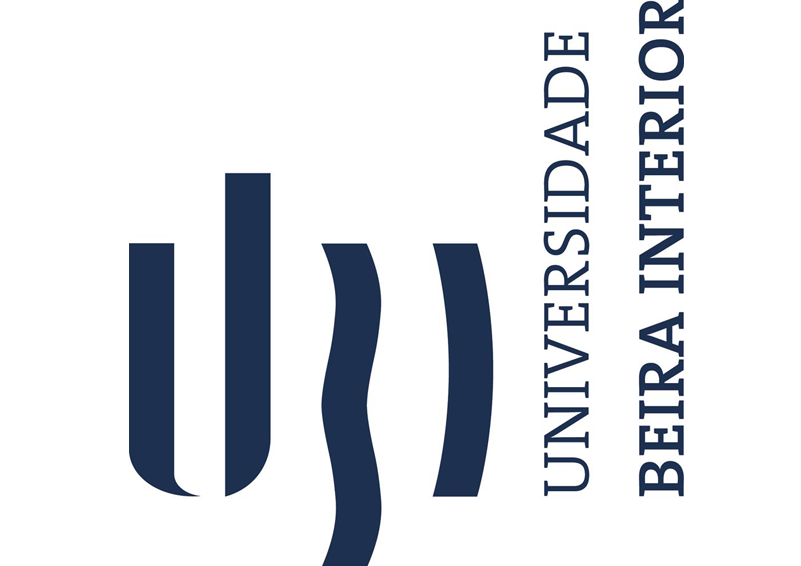 Universidade da Beira Interior (UBI) is a Portuguese university, located at Covilhã. The mission of UBI is to "promote high-level qualification, production, transmission, critique and dissemination of knowledge, culture, science and technology, through study, teaching and research". Physically located at Department of Computer Sciences (DI-UBI) is SEGAL (Space & Earth Geodetic Analysis Laboratory), a collaborative scientific venture between UBI and Institute Geophysical Infante D. Luíz (IDL) which has vast experience in the acquisition and processing of GNSS observations for scientific applications, namely for reference frame and geodynamic studies, which have the highest requirements in terms of GNSS data quality. The Collaboratory for Geosciences (C4G) is a distributed research infrastructure (RI) that promotes the networking of researchers and the sharing of equipment, data, collections and tools in Solid Earth Sciences (SES).

The Royal Observatory of Belgium is a federal research institute concentrating on the Earth (space geodesy, seismology, gravity, Earth rotation), the Sun (coronal holes, solar activity, sun spots, space weather), and the stars. In its department "Reference Systems and Planetology", the GNSS research group is active in the maintenance of a national GNSS network, GNSS data analysis and interpretation for monitoring ground deformations and contributing to the elaboration to international reference frames, and the study of the Earth’s atmosphere (ionosphere and troposphere). Most of these activities are embedded in international programs like the International GNSS Service (IGS) and the EUREF Permanent GPS Network (EPN), used for the maintenance of the European Terrestrial Reference System (ETRS89). The GNSS research group is responsible for the EPN Central Bureau which is performing the network coordination of the EPN consisting of more than 320 permanently tracking GNSS stations distributed over more than 35 European countries. The ROB also acts as one of the EPN GNSS data centres and analysis centres.

The National Center for Scientific Research (or CNRS) is a public organization under the responsibility of the French Ministry of Education and Research. Founded in 1939 by governmental decree, the CNRS aims to evaluate and carry out all research capable of advancing knowledge and bringing social, cultural, and economic benefits for society. Moreover, intends to contribute to the promotion and application of research results, develop scientific information, support research training and participate in the analysis of the national and international scientific climate and its potential for evolution in order to develop a national policy. CNRS promotes interdisciplinary research, encouraging collaboration between specialists from different disciplines, in particular with universities, thus opening up new fields of inquiry to meet social and economic needs.

The Istituto Nazionale di Geofisica e Vulcanologia was born in September 1999 through a merger of former Istituto Nazionale di Geofisica, Osservatorio Vesuviano and three other institutions: Istituto Internazionale di Vulcanologia, Istituto di Geochimica dei Fluidi and Istituto di Ricerca sul Rischio Sismico. INGV was meant to gather all scientific and technical institutions operating in Geophysics and Volcanology and to create a permanent scientific forum in the Earth Sciences. INGV cooperates with universities and other national public and private institutions, as well as with many research agencies worldwide. The new institution, currently the largest European body dealing with research in Geophysics and Volcanology, has its headquarters in Rome and important facilities in Milano, Bologna, Pisa, Napoli, Catania and Palermo. The main mission of INGV is the monitoring of geophysical phenomena in both the solid and fluid components of the Earth. INGV is devoted to 24-hour countrywide seismic surveillance, real-time volcanic monitoring, early warning and forecast activities.

The National Observatory of Athens facing the Parthenon and Thission is one of the landmarks of Athens; it has long been used by Greek and foreign Astronomers as the basis for astronomical, meteorological, cartographical and geodynamical measurements and observations in the more than 170 years long course of its history. Today the buildings of NOA at Thission include an Astrogeophysics Museum, housing clocks, telescopes and other instruments of the 19th century, as well as an extensive 19th century library. The activities of the National Observatory of Athens are organized in 3 research Institutes: the Institute of Astronomy, Astrophysics, Space Applications and Remote Sensing, the Institute of Environmental Research and Sustainable Development, and the Geodynamics Institute.

The Icelandic Meteorological Office (IMO) is a public institution under the auspices of the Ministry for the Environment and Natural Resources, historically based on the Icelandic Meteorological Office (1920) and the Icelandic Hydrological Survey (1948). The two institutions merged in 2009, with the responsibility of monitoring natural hazards in Iceland and conducting research in related fields, as well as participating in international monitoring and research. IMO has a staff of 130 people, of which 60 staff members work on research-related activities. IMO‘s nationwide monitoring systems consist of 115 automatic and 100 manned weather stations, a network of 170 hydrological gauges in rivers, a 55-station seismic network (SIL) with automatic, real-time data acquisition and earthquake location, a continuous GPS (ISGPS) network of 70 stations, some with high sample rate, a 5-station borehole strain meter network is operated in southern Iceland, and a weather radar, which can also monitor volcanic plumes, is located in south-western Iceland.

The primary task of the Satellite Geodetic Observatory (SGO), a department of LTK, is to keep tracking up-to-date international research trends of satellite geodesy (multi-GNSS, InSAR) and carry out basic research and added-value development for the deployment of state-of-the-art technologies and services. The SGO is Hungary’s first and still only infrastructure, which was established with the dedicated task to learn space-geodetic technologies (GNSS, InSAR), run research studies and adapt satellite-based technologies to improve and modernise the Hungarian Geodetic Infrastructure.

The National Institute for Earth Physics is the leading institution for seismology in Romania, responsible for the earthquake monitoring of the territory and basic and applied researches in seismology. According to the legal regulations in force, the main objectives of NIEP are related to seismicity, earthquake monitoring and database management; physics of the earthquake source; structure and dynamics of the Earth interior; seismic hazard and risk; seismic engineering; seismotectonic processes; earthquakes prediction. The mission of the National Institute for Earth Physics (NIEP) or Institutul National de Cercetare Dezvoltare pentru Fizica Pământului (INFP) is monitoring of seismic activity in Romania and expansion of the boundaries of scientific knowledge, its creativity and efficiency increase through fundamental and applied researches in Earth physics domain, in general, and seismology domain, in particular.

Geophysics department at Boğaziçi University, Kandilli Observatory and Earthquake Research Institute gives the highest priority to original research with the aim of promoting young researchers and scientists reflecting the mobility of the modern science and the fast progress in technology within their research, together with the essential human qualities such as environmental awareness and preservation of the nature, while identifying and providing solutions in the part of the world we are living. Boğaziçi University’s vision is to be a leading institution of higher education, one that shapes the future through being a pioneer in education, teaching, and research. Its mission encompasses producing universal thought, science, and technology in service of humanity, playing a pioneering role in encouraging the spread of science, culture, and the arts throughout society.

The event was focused on how to benefit from the GNSS data & products from European stations using dedicated software & webservices.

Royal Observatory of Belgium (ROB) seeks a collaborator for its GNSS activities, which will involve support to ROB’s GNSS-related EPOS services at IT as well as scientific level. The ROB is currently involved in the development of the Global Navigation Satellite Systems (GNSS) component of EPOS. This component will consist of a European network of more than 3000 GNSS stations to monitor ground movements in Europe.

The GNSS Product portal has gained a fresh and modern design improving the user experience (UX). “The initial design and usability were deprecated, therefore we decided to reformulate it”, says André Rodrigues, from UBI and the developer in charge of portal redesign. According to Rodrigues, besides having minor details such as a “welcome screen”, the reformulation implied a new design taking into consideration user interface and usability.